Thank you for visiting today. I am excited to share with you the stories
behind these featured images and how they were created. 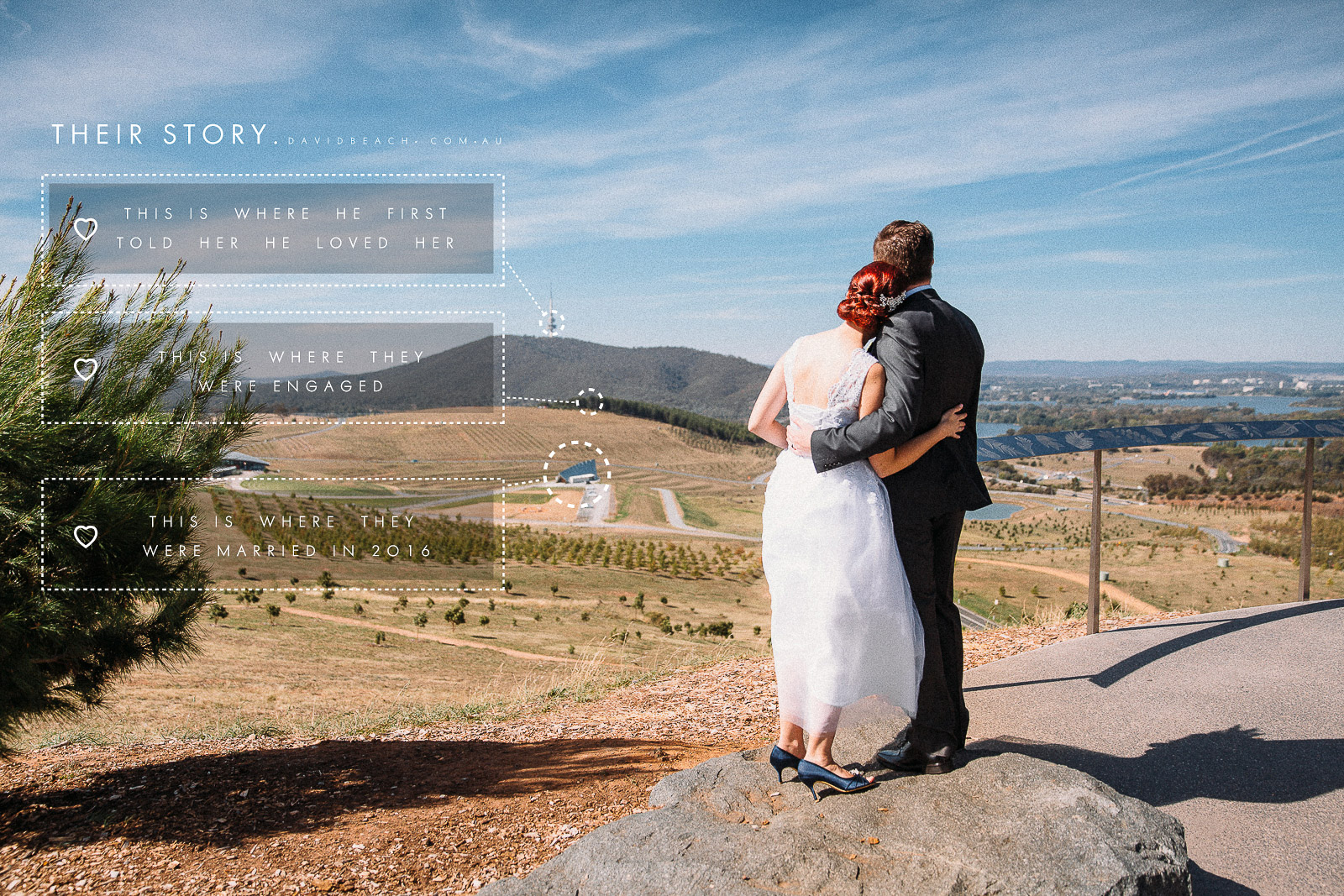 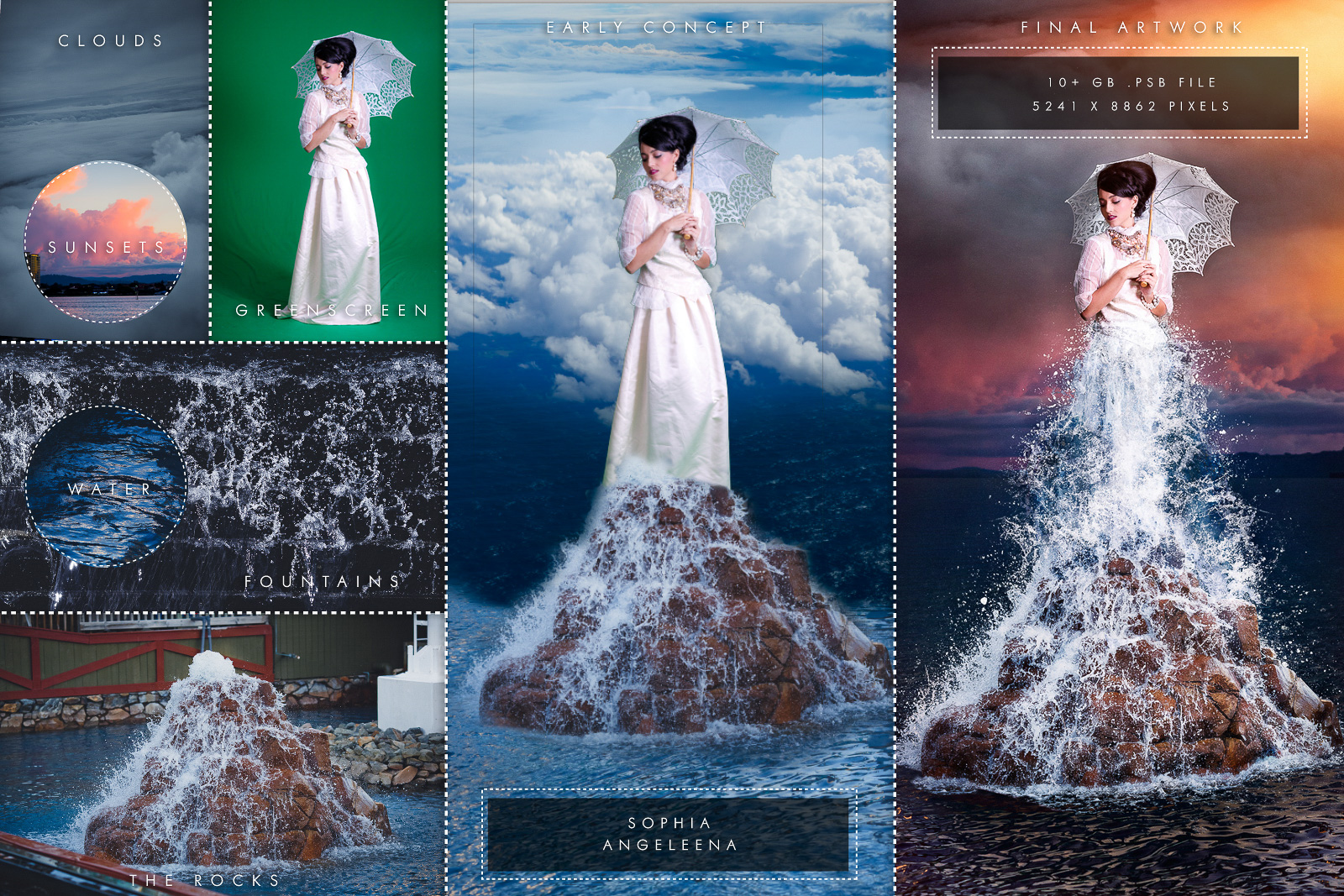 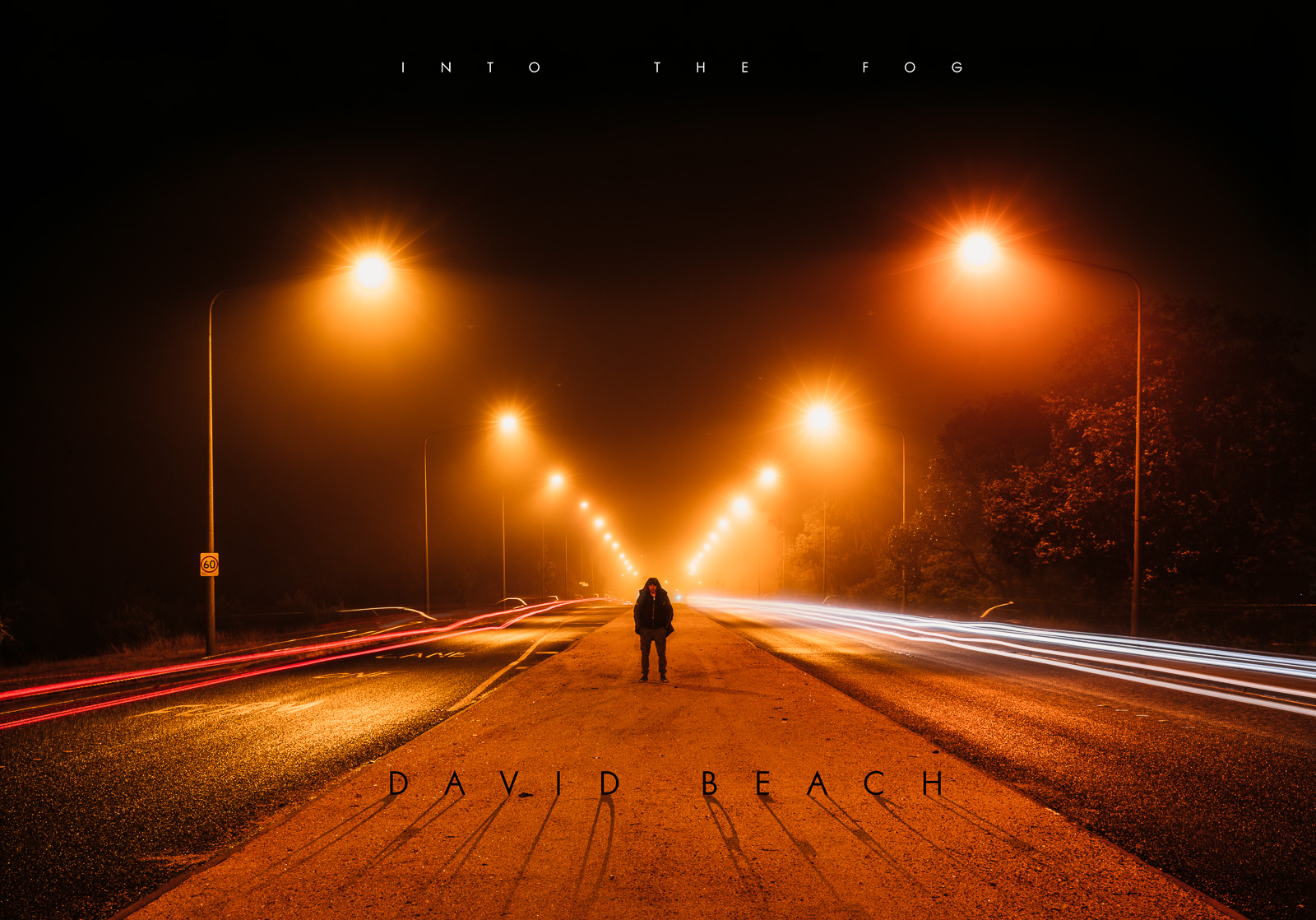 A stroll down memory lane

This photo, taken at the National Arboretum instantly became one of my favourite shots, as while it is simplistic it has a deeper layer to it. It shows the couple not only looking towards where they were married, and engaged, but also to where Cameron told Megan that he loved her for the first time. This wasn't planned beforehand, and I had only just learnt about these events during the ceremony thanks to the celebrant giving a brief history.


We had previously chosen a few locations around the area to shoot, but once we got to the summit, the idea to capture this came to me and so I found a spot I liked that told the story and we took a few photos here. I like this wider photo shot as it showcases the view, the city, and the story, while the couple are the central focus of the scene. Sometimes things just work out perfectly and you get a chance to capture something that is so much more than just a pretty picture.

Creating a dress from water

Early on a Saturday morning Liz and I got up at 4:30am to head to Sydney. It was pouring with rain, and the GPS wanted to send us in loops; but we made it safely, and met up with the rest of the team. We shot with Sophia against a green screen, and in post I built up a scene at a high resolution so that the file would be more flexible later on. The image was slowly built up from the ground with layers upon layers, masks, and various blending modes. Other than the shot of Sophia I took the rest of the photos on a trip to Queensland with my dad, brother, and sister, just before her wedding. The dress and foreground were created with photos captured at Movie World and Sea World of various fountains. The distant ocean and clouds were captured from the plane, while the horizon was the view we had from our resort.

This image was created on a foggy late night winter adventure with Ben Appleton (@photoxben). Using a tripod 4 photos were captured; each with a 30 second exposure. It was a quiet night so there wasn't much traffic around, however I knew that I wanted the lights to be going each way for the final image, so I waited for cars. I used Lightroom to make sure the images had a consistent look, then once I was in photoshop I made sure that the layers were all aligned perfectly. Finally I masked in or out the elements that I wanted from each exposure to create the final composition. The shadow on the text was simply created by duplicating and transforming the original text, and then matching it with the perspective of the rest of the image. The final result is a dynamic and engaging scene, that has a cinematic mysterious quality to it.